In my last blog I had discovered that one of my main characters had hijacked the plot and I didn’t know what to do. By the end of the blog I realized all I needed to do was review the character sketches that I did to discover the answer. 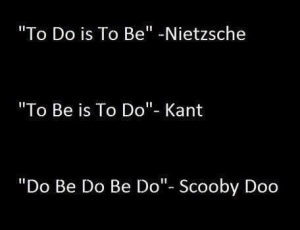 Before we find out if I have to kill this rogue character, let me talk about character sketches and why I did one.

Early on in the writing process, I came to understand that I liked outlining.  I know their are many who write “by the seat of their pants” or “pantsers”. I am not one of those. I really enjoyed the outlining process. It gave me a lot of confidence in being able to complete a novel, after all this is my first novel  (and I hope not my last).

The character sketch gives you answers to questions you don’t know you will need until you are writing. It also allows you to write to the character and keep each of your characters distinct and unique. Not just “Generic OverLord 1”. They became real to me, I can see them and see how they would act.

Edur Characteristics: Use to leading people and people look to him for leadership, a very strong personality. A fierce negotiator and clever tactician. Enemies often surrender before battle because they know they have already lost. He does not like to lose, but is aware the appearance of losing often strengthens ones overall position.

The Abbott Characteristics:  Taken from his family at an early age to become a monk, was an excellent student with a very good mind for science. A number of patents and discoveries belong to him from his high school days, in University his true leadership showed and became the first student leader to become Abbott. His young age signaled a change in the previously slow moving Dominion, they are in evangelism and expansion mode. He is an apt negotiator, but realizes he lacks experience; so always works with a senior staff person.

Conclusion: Based on these snippets from the character sketches, Edur, would be the more likely as the tactician to have anticipated the danger and therefore planned accordingly. As a result of this it will be the escape from a riot.

However, I will use the idea of manipulating the masses by releasing a video showing the human nature, compassion and helping the injured ambassador, to refocus the anger, the following day.

From this, I also concluded I need to go back and review my character notes to help in the writing this scene. While this is stating the obvious, if you make an outline, you need to use it. You actually have to go and use it! Not just leave it on the shelf. What I discerned is that I did not FOCUS on what I wanted to write in this scene, I just wanted to write.

When I played sports I had a wise coach who said “Perfect Practice Makes Perfect”. His point to us was that if you practice sloppy, you play sloppy.

As a writer who outlines, I need to use all the tools and resources that have been put together over the process of writing this first novel. This is what I would identify as a “rookie” mistake. I don’t want to be sloppy writer.

Hopefully this will help you identify something in your own writing that you can change to be a better writer.

I am not happy, I may have to kill him, one of my characters. He has stolen the plot right out from under me! ARG!

You see, I had this nice little escape from a restaurant. Our gang of merry adventurers are having a fabulous little coffee after the church service where the “Council of Reconciliation” was announced.  At this point there is suppose to be a minor riot in the cafe and our band of heroes escapes though the back door in the kitchen unscathed.

I start writing the scene, the riot starts to occur and we get out the back door, and then…instead of escape from near death, we find out that the riot is not a riot, it actually is outrage at the fact that some group tried to assassinate their Abbott. The Abbott released a video that showed all of the leaders as great heroes, they weren’t in any danger. They had over re-acted to a careful plan of the Abbott and his accomplice had planed.

I like both, in the first we have the classic escape from a trap because someone has anticipated the coming issue avoiding the fight. The second has the same resolution – someone thinks ahead and finds a way to channel the anger of the crowd, the mob, to focus on the enemy that unknown enemy.  This prevents the mob from realizing that the Religious Government has just set aside all civilized behavior to find the enemy.

I don’t know what to do. The point of the scene, and remember all scenes have a point or a purpose to move the story along, is to show the following:

1) The common person is focused on the Council for reconciliation, which will allow our team to brashly search for the real terrorists. Running rough shod over civil liberties and religious freedoms.

2) A small by-play that produces a minor romantic tone

3) The flavor and character of our main players in the story.

The answer in the next episode of “ARG! The Character who stole my plot!” 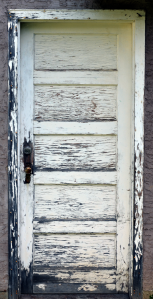 (Why yes, I am addicted to ellipses. Why do you ask?)

I don’t know much about plots. I have always assumed that plots are the action of the story. This is how I will proceed until I think/decide otherwise.

The resolution to this problem at least for me, is to go back and add bits to the early part of the story to help prepare the reader for what is coming ahead without giving away the clever bit. Well at least I hope it is clever or at least unseen to some degree. Some wrinkle that the reader did not anticipate.

I am at the stage of outlining each scene. For this particular novel I know how it ends, where I want to get to geographically and character wise. Now I just have to get to from point A to point Z, that’s a lot of letters.

To help make this easier for me I have separated the journey into logical “chunks”. This has been the easy part. Travel to Planet A and see what’s going on and try and solve the mystery – the new information on Planet A forces us to travel to Planet B where our hero discovers critical information – but he also becomes sick! Sick unto death! This means they have to go to Planet C to get him healed and made well. To Planet C where they almost all die and escape to return to the starting planet. (The sentences in this paragraph have been brought to you by the letter “T”)

Sadly plotting is not this simple for me. As each point in the plot is split apart and looked at, it becomes more complicated. Fearful that I will forget some key point of plot I have written somewhere, I am re-reading everything that I have written. This has forced me to re-write pieces and places already. This is based on how the characters have made themselves known to me.

Plotting has become one of those games where you shoot the large rock and it splits in half. Then those split in half and so on and so until they are gone. There is a lot of bits and pieces to this novel, to this, story. Hopefully it will fit in one book!

I stumbled across this quote:

Of all sad words of mouth or pen, the saddest are these: it might have been. — John Greenleaf Whittier

Or in my case: If I don’t write and outline, there will be nothing to correct into an actual novel.

‘Tis better to have plotted than to have never plotted at all.

Adieu mon ami I am off to PLOT!