I didn’t grow up with barista‘s or Pho or smart phones.

Music was highly limited, tightly controlled by the labels and the cost of producing music. I’m listening to a cover of Steve Winwood’s Higher Love done simply on an acoustic guitar and solo voice. Achingly painful and beautiful. A sweet melancholy to go with my medium roast pour over. 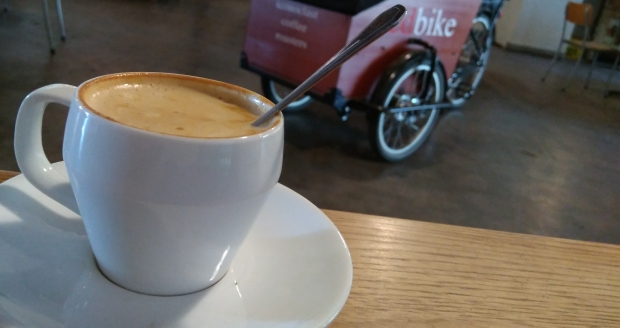 It’s a mid-February and mid cold for my town. I am at one of the cafe’s that makes me happy and oddly makes me feel that I have accomplished something by getting out of the house on a holiday at 730 AM.

But back to the Barista’s, briefly.

At this location the smiles are kind and warm. There is no dress code, except there is a dress code that the staff unconsciously adhere to – the code of cool – because that’s who they are. Similar but different.

It wouldn’t use the word “cool”. Cool is from an age past. When life and self expression was limited.  When conformity was mandatory and if you rebelled you all wore the same rebel uniform. The word rebellion doesn’t exist here. They have moved on. Grown beyond simple confrontation, ignoring the war against the rules and just be who they are as they find out.

Don’t mis-understand, they still struggle with the being human part. “Does he like me?” “Should I go out with them?” Their struggle is with finding out about life with fewer constraints and more dangers.  In the midst of their struggle, they work and are kind to aging want-to-be writers.

The Barista calls out, “Medium Roast pour-over“. I get up and look to the counter where a kind smile meets me, genuine, not a produced effect. They could have left to get back to work, the barista waited until I acknowledged the call, because it was the kind thing to do, the human thing to do.

Time to get back writing.

I knew him as a writer only. He passed this last week. 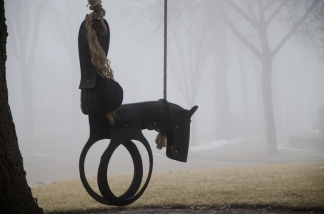 A man with his own style. A character in some ways . His excellence at wordplay and pinpoint, acerbic wit endeared him to me, and others. I also enjoyed his critiques of my writing. As a struggling writer, which is what I am, his crisp, on point, reviews of my stories changed my prose.

He was in for his second battle with cancer. When I visited him, he still had good color, a clear mind and was writing.  His passing was sudden and surprising.  I have no details at this time. Perhaps one of his creations came to life and took him to a better place.

As promised in the title, my last exchange with Robin:

robin [5:07 PM]
Robin spat the stinging dryness of the high desert sand out of his mouth and realized his was no a good place to beta-test the latest DragonDictate.

[5:08]
You would have to retrain the entire profile for speech recognition

robin [5:13 PM]
“They spirited me out of that nasty Bucharest ‘mental hospital’, stuffed me in the back of a rattling aluminum box with a couple of Mousafah’s bully boys and tossed me out on the street in front of a down on its heels named “Cross Cancer”

I leave you and myself with the words The Great Poet:

Be cheerful, sir:
Our revels now are ended
These our actors,
As I foretold you were all spirits and
Are melted into air, into thin air:
And, like the baseless fabric of this vision
The cloud-capped towers, the gorgeous palaces,
The solemn temples, the great globe itself,
Yea, all of which it inherit, shall dissolve,
And, like this insubstantial pageant faded,
Leave not a rack behind:
We are such stuff
As dreams are made on, and our little life
Is rounded with a sleep.
~ William Shakespeare

A Good Man, I will miss him.
Be Well
dcdear

To become what we are not, we must know what we are. Or another way Know Thyself.

We don’t understand ourselves very well in this society. We especially don’t comprehend how we act as a collective social conscious. Everyone is somebody else’s statistic. It is important to remember that. I am part of somebodies 50% or 10 % or 1%. A number of a part of a number. This is significant because we evaluate our situation based on numbers and often just approximations. We do this to others as well. As long as we do this we will find ourselves on the wrong side of the evolutionary chain.  Why?

Because there is always someone(s) who are bigger, better, stronger, hipper, cuter, wealthier, poorer, sicker, healthier than us and especially me. I need to not be a person who is formed by the minutiae of information that I ingest on a regular basis. But as we regurgitate what we input for personal information devices we become part of the data. We become part of the minutiae.

Most of us try to filter and control what we allow to have access to us to provide our information that we form our life around. The problem with that is how do we find the great pieces of information that exist in the ether of the internet?

There is no door that says “Smart hip people enter here” or “refined sophisticates only please”.  Only a door that says “Enter”. In many ways it is an all or nothing approach to providing ourselves with the data we need to define ourselves.

I know there are people that say you should just disconnect. For me that is just throwing the baby out with the bath water.

Let me propose 3 approaches to data filtering that you may find interesting.

2) Build relationships with data that works. This may sound silly, but think about it for moment. If you find a great source for data that you like. Become a member, join that forum, engage in the discussion, subscribe to that feed or like that blog. On the same note remember that you have a relationship with data. It is not passive, hate your data and it will hate you. Try it and see. Care about the data that you want.

3) Archive and Backup your data. This is probably one of the biggest disasters of this age. Loss of data. Our  previous history was passed on by oral tradition or by photos or physical books. Today whole generations of pictures, events, lives are lost because we don’t archive and backup. The single most important activity you can do is try to build an oral history to pass on to the next generation. The second most significant action you can take is have an offline, out of your dwelling, backup of the digital pictures, movies, moments and records that exist in digital form of your life.

So this blog is not a complete loss on the novel side, one of the space ships has a circumference of 15 kilometers. Room for several yummy noodle bars.