I think that most people have dreamed about flying. How freeing it would be. But if there is no physical component to flying, say like wings we have to move, my lack of physical fitness would literally balloon to epic proportions. Think zeppelin size people floating around. And the price of toilet paper! Sanitation systems. The list goes on and on. It would be a shitty world. 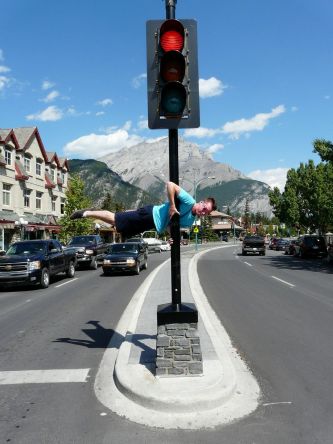 Or by being able to fly, we solve global warning, or at least take a big chunk out of it. No need for cars, roads, parking problems are thing of the past. Parkades are torn down for parks. No road rage, stress is down. Commute times plummet.  Without cars to haul goods around we focus on local stores and markets.

Both of these are examples of worldbuilding. You could use either one of these ‘worlds’ in a story, but as you can imagine, each bring radically different impacts to my story. (or your story). What this example does for me is clearly demonstrate that setting is a character in any writing you do. Whether it’s for local papers or epic fantasy like Sharlene Engel is doing, once she stops traveling the world. And yes that was a cheap shot at Sharelene to finish her re-write on her awesome novel so I can read it! (This digression brought to you by it’s all about me (r)).

My struggle with world building is containing the ideas and concepts of the world. They have to make common sense. Practical impacts on the awesomeness of your world. What are the limitations? We are all limited, what constraints do apply to your world? Here’s an example.

Imagine your flying people are space explorer’s and they are in researching a planet for possible first contact. No one on the planet they are investigating can fly. So our intrepid researchers have to walk. What is the impact of walking, on people who have never walked? Or only walked very short distances? (If you like do this as homework)

The better question might be, how can this impact my story?

In our example one of our researchers stubs and breaks her/his/their toe and is forced to go to a local hospital. How can this incident impact first contact between two species? I am sure you can see dream up several ways this can be used in any genre of any story.

I am trying very hard to let common sense and character interaction be my guide. For those of you that know me, you can stop laughing about me using common sense. 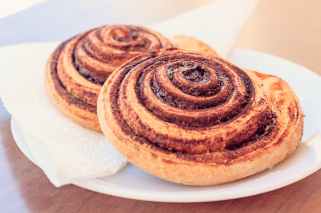 having an affair with an online Thesaurus.

Why? Much to my surprise, most of the characters that I write hate the way I speak and doubly hate the way I make them speak.  Their demand, insistence, supplication, clamor to be unique requires me to change.

Generally, I abhor change. It’s too much work. It hurts. Change is hard. As an amateur people watcher, I thought writing other characters would be easy. It’s not. At least for me it’s not.

A fundamental difference exists between mimicking someone’s speech pattern and understanding why a character uses a specific word. Let me give you an example from real life.

As a younger man I learned to swear in a large number of languages. I would whip these expressions out a various times. It was fun, amusing. I suppose I thought I was cool. The rhythm and resonance of swear words can be lyrical, therapeutic. There is a music to swearing, an innate satisfaction in using the correct word at the perfect time. It’s pleasing. It made me happy.

Unfortunately, making comments about someone’s grandmother in a crowded bar, where native speakers decide to educate you on cultural differences can be painful and more importantly, inappropriate.

Imagine if Rick says, “It’d be nice if you remembered, that time, in like Paris?” instead of “We’ll always have Paris.”

Data in Star Trek: The Next Generation use of, or rather the lack of contractions has a profound impact on his character. (Yes, I know he used them, however…)

Or “My pretty ring” instead of “My Precious”

These are all pretty obvious, let’s try this:

I think you understand. I suspect that most of you know this better than I do.  The best way for me to understand this is to read dialog out loud. Record and listen is even better. As I am still learning about this whole writing thingy, I am going to start using lists. Lists for specific items, like swearing. Since I am doing a space opera I can use expressions like, “The moons of Uranus!” or how about “For Craters and Freeze dried food, shut up.” But I digress.

One last example, Darth Vader, breathing. He’s not as menacing without the breathing, is he?

And on that breath, I am off to work on dialog and characters…

After a long hiatus I am returning to blogging and updates on my writing. It has been hard to get back to writing, which I have been doing for the last couple of weeks. Plugging away, 750 words a pop. I am not complaining. It is just the way it is. This time around I hope to make it an ingrained? engrained? habit. But the only way to know that is to check when I am dead. At least it will give me something to do.

Speaking of dead, I did a beta read for an author in which the main character is dead. Great read, but, I want the main character to continue on, for there to be a sequel. I expressed my desire to the author who laughed at me. I retorted that I will start a campaign that will force the author to resurrect the hero. He still laughed, dead is dead. I defy any one to read the story and not want the character to live. While not published, you can get the feel of it at: http://bradohinc.com/novels/ (Once I am rich and famous with an army of followers, I will start the campaign)

Which brings me to my next string of consciousness thoughts for this returning blog post, do you have to kill one of your main characters to have a good book in today’s market?

I don’t want to kill any of my characters. I want to see them suffer, sure, but kill them? Is killing one of your main characters just a ‘trendy’ thing to do? Or is it necessary to do? Do you have a bad book if you don’t kill one off? Will it be rejected because the “Kill a Main Character” check box is not checked off? It is a concerning problem for me. Are there novels where no-one dies that are space opera? Usually, someone dies. But not a main character. One of the great parts of space opera to me is that the protagonist and antagonist have this ongoing, long term ‘relationship’.One almost kills the other, but somehow miraculously survives to try and kill the other one. I think that you are all smart enough to recognize many literary and movie works that have a long term fight between our hero and our villain, both in Sci-Fi and Fantasy. Perhaps one of my main characters will offer themselves up as a sacrifice and die a noble death. Or just get hit by bus for no reason. But I doubt it, they all want to live too much. Trust me, I am trying to kill them.

This brings us to the Dead End for today – as always 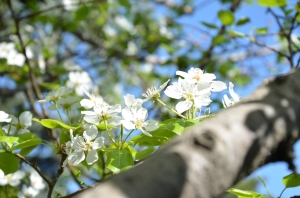 The little of writing that I have been able to do over the last few days has evolved around scenes. Yes that is right I have been making scenes!

It is amazing to see how the story unfolds, what motivation gets generated for the plot to move forward. For a long time I knew that certain events needed to occur to get to the end of the story, but I did not see the impetus to get from one scene to another.

Remember that I am trying to write Hard Sci-Fi, or Space Opera. Something in that vain. I want it to be almost predictable or at least have the driving force of the events seem familiar, like an old friend to the reader. It is important to me that the reader is comfortable in the story; that they feel like they are “along for the ride”. I am not trying invent or expand the known features of the Sci-Fi landscape.  This is just a visit to a part of Sci-Fi that reminds us of where we have been.

Making scenes has helped me flesh out my characters in a variety ways. Here is an example; Caul Brin (not his real name) is the hereditary dictator of his system. His family has ruled for ten generations. He is therefore the 10th ruler of the people. His family’s leadership has been unbelievably successful. So much so that inbound migration is tightly controlled. Make no mistake, this is a military dictatorship they are conquerors, you don’t want to face them in battle.

Early on in my book I have a bomb go off at a dinner party. The bomb is part of the centre piece at every table. I wanted the components of the bombs to point to the three principal leaders in the universe as the culprits.

This centerpiece is beautiful. On each side is a glass etching of the person that is suppose to be sitting at the table. The colors are wonderful. The bomb goes off scattering shards of glass everywhere. The glass has poison on it. One leader years ago invented the poison, one leader years ago developed the explosive. But what does our military dictator contribute to the bomb?

He is, it turns out, the artist who etched the faces on the centerpieces! This allows me to show that he has a sensitive side and he is not the stereotypical military dictator. All in all rather convenient for me as the author. I need him to have a sensitive side so that he console the other leaders without being out of character.  This also allows him to be the ruthless military dictator and take decisive action when needed.

The other part about writing out the scenes is that it has shown me part of what I have to go back and include in earlier part of the book. For example it is important to know that Ein, another leader, appears gentile, but is viciously ruthless. At a moment’s notice he will act in violence. Understanding this has lead me to insert a section in the story where he acts cold hearted to our hero and the hero’s side kick.

The other parts about scenes is that I have discovered that there are other characters that need to fulfill roles for the story to be successful. Even if they are only used for a short period of time for a specific purpose.  Marnie Shiu will be love interest that never comes to fruition. She will also show our hero Tanner how ruthless Ein can be.

Finally scene’s have shown me that there is a lot to write before I start writing. I mentioned earlier that I like the planning phase, outlining of the story. This is continues to be true. What I am seeing is that I may have too much story. That I may need to tear whole sections out of the book. By having an outline, it will make this kind of outlining much easier.

As always I hope you are well – dcd