I was fortunate enough to attend the Rocky Mountain Writer’s Retreat  3 full days of writing, two  and half days of writing and two 5 hour drives (Listening to Writing Excuses) This will probably be two blogs. Lots to comment on. It will also be choppy and not edited.

The retreat is run by Randy McCharles, who also organizes When Words Collide. The retreat is open to authors, writers, and want-to-be writers, like me, from around the world to attend. There is not a specific genre focus. The focus is on you the writer coming to get work done, without distractions, in a community of writers.

Oh, the setting is pretty inspiring. The Rocky Mountains do that to a person. 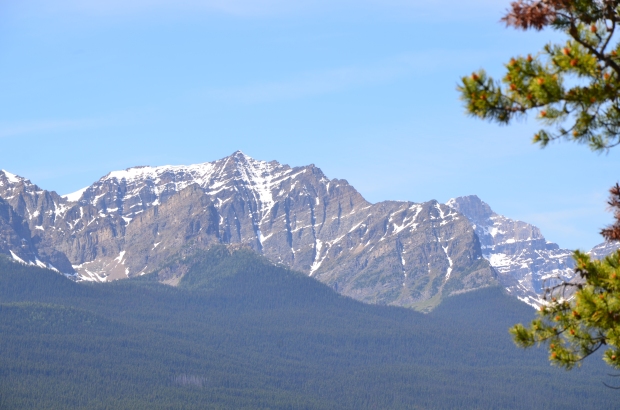 Did I mention the food? Three Words, Sticky Toffee Pudding. Uh-Uh, that’s what I be talk’in about. There is no reliable internet. So if you back up to the cloud be sure to bring something else to save your work.

Good News 16,187 first draft new words for the Mystery Novel being written for some colleagues. Once of the concepts I have learned in the last several months is that Sci-Fi and Fantasy contain other elements; like mystery, adventure and thriller elements. Writing Excuses describes these as “elemental genres”.  You can have a romance that contains a mystery. A mystery that contains thriller as part of the story. But I digress.

I learned some valuable lessons at the retreat. Writers, in general, want other writers to succeed. Even if you are in the same genre. Ask question to a write about how they write and you will get honest straight-forward answers. You will almost always get as many different ways to do something as there people responding. Here is an example:

How do you plot? (if you are a pantser this doesn’t apply)

I have been using Scrivener for some time. It has helped me tremendously. I have found that it is important for me to try out different ways of outlining. Maybe something will work better. Another person described her process as quilting. An apt analogy.

This kind of advice was offered throughout the retreat. I commented to several people on how writers as a group, openly share their secrets. I have been in other groups who don’t openly share their secrets or tricks. This is quite refreshing. There is no silver bullet. As I have mentioned before, there is no easy path to being a writer and author. You don’t decide to write because it’s easy.

Side Bar – Robert J Sawyer – Dean of Canadian Science Fiction, Author, Speaker, Teacher and as it turns gentleman, friend to the n00bie. I checked in the afternoon went to my cabin, went down wrote a little and visited ‘Cabin 13’.  (Cabin 13 is the lunch, break, chill cabin) Walked through the door, and there he was. A little bit of fanboi set in and I don’t know what to say. He proceeds to introduce himself and everyone else in the room, including what they write – ‘YA’ nominated for an aurora, Fantasy – working with Adrienne Kerr (editor extraordinaire)’. All I could spit out was, ‘Doug, noobie writer’. WOW – so articulate. Said, ‘Hi’ to everyone, chatted briefly, and went out had a nap and then went for dinner

The bistro restaurant that is part of the Baker Creek Mountain Resort  was wonderful. I grabbed a table for two hidden around the corner and started looking at the menu. Several minutes later, Mr.Sawyer and others walked in.

“What are you doing! No one eats alone, get over here.” Robert says.

I shuffled over to the table and was chastised by the rest of the writers. I suppose I could have hidden? But why? A meal with humor, insight and that warm sense that someone else understands the struggles you face as a writer. Plus! I got have sticky toffee pudding. Fortunately, another one of the writers helped me with it,  otherwise, all of that sugar could have turned me into giddy 8 years old. No one needs to see that…

Like Loading...
This entry was posted in Book, Fear and Writing, When Words Collide, writing. Bookmark the permalink.